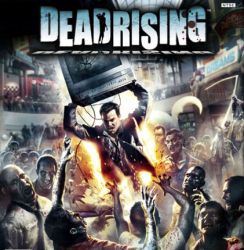 Capcom will not release a patch to fix the problems

Xbox 360 prides itself with the few technological advantages it still has in front of the highly anticipated, yet highly delayed, PS3 platform, and until the said Sony launch, HDTV is still one of them. Being a surprise hit for Xbox, Dead Rising should by no means go astray, yet complaints from players have been surfacing for several weeks now. It appears the text size used in missions, dialogue and pretty much everywhere throughout the game is incredibly small, giving people with poor eyesight unnecessary headaches. The text is readable, yet tiny on an HDTV, although one can’t say the same about standard TV sets. At the time these complaints first
ensued, Capcom went as far as to acknowledge there are problems that need to be addressed and they were looking into these. A deadly silence befell the publisher in the next weeks.
We get the follow-up through 1UP, who decided to ask Capcom about the issue’s status. “Dead Rising was optimized for HD and we offered some suggestions for SD TV owners,” said a company representative. This kind of problem is usually fixed by the developers, yet Capcom dispelled the rumors: “Due to the amount of text and the size of the patch necessary to change the text, a patch isn’t possible for this issue. We had asked the team if it was even possible but … due to the scope of what a patch would need to cover, it wasn’t possible.” Capcom did provide a list of do-it-yourself solutions, yet none of them as effective as a downloadable patch would be.

In spite of all the commotion, the publisher shows that it would rather invest more money in marketing, than in a patch. Dead Rising’s budget for TV ads just saw a 100% increase, with the additional $3 million going to FOX and popular cable networks like Comedy Central, SpikeTV, MTV, VH1, and ESPN. Capcom reportedly shipped 500,000 copies of their best selling zombie action game for Xbox 360 in the first two weeks following the release. So, patch or no patch, the blockbuster is not going to stop here.
Source: softpedia.com