The Much Anticipated FIFA 12 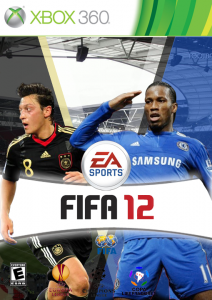 As FIFA has become a yearly thing now and we expect and see new and improved FIFA every year. FIFA 12 is anticipated to deliver what FIFA 11 did not. This time around the game is expected to have good and satisfying career and as far as the gameplay is concerned, it was really good in FIFA 11 but some tweaks has been done in it too.
Talking of few tweaks, FIFA 12 has been augmented with few significant additions and the most important one is the precision dribbling. This tactic is pretty helpful when dealing with the dealing with defenders as it buys you sometime by taking small steps. Another thing which helps while defending is the shadowing of the ball carrier, giving them hard time to get to the goal. FIFA 12 also provides the defenders with many like tools but that is not all the AI has been improved significantly and if you are not careful they will outright abuse you.
They have tried to make the gameplay as much natural as they can. Things are much less predictable this time and gives you a different experience when going against the ball carrier due to new physics engine. While keeping the possession of the ball is little easier when being tackled or attacked, sometimes it does feel that the possession is programmed. As far as the aerial game is concerned, it is still the same so particular changes has been made there. FIFA 12 looks pretty much good with new and improved tackling and much is anticipated regarding the game. The game will be hitting the markets soon in few weeks.