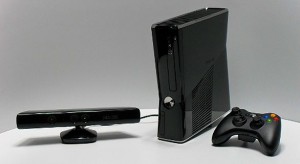 There is pretty common perception that if you can capture Japan’s markets you will be successful otherwise vice versa and that is where Xbox 360 is struggling at. Retailers in Japan have stopped piling up the Xbox 360 consoles.
On asking the retailers about the case they regarded it due to console’s continuing poor performance. If you look at figures Xbox 360 has gone through a drop of 46.7% in sales since the last year and from January to till today they have just sold 72,721 units in Japan, which is one tenth of PlayStation 3 has managed to pull off. And overall sale of Microsoft’s Xbox 360 in Japan since launch is just 1.5 million units, not very inspiring.

A real geek’s world, Geo, which is also the leading anime and game retailer in Japan, is reported to have significantly scaled down its Xbox 360 business and not only Geo but also other retail shops are in the same line and majority of them are selling the console at heavy discount. And console will be kept on selling in the areas where it has somewhat popularity and sufficient business.

Xbox 360 is really struggling to get its sales back to normal, the games are hard found in any store and only few store are still doing business it in, most of the games has been shifted to back shelves and bargain bins. This phenomenon will be not impression of Microsoft in Japan in future and as the expectations of the Japanese fans are not being met by Microsoft, and any successor to Xbox will have to face little hard time in establishing it roots. However, Microsoft’s commitment to the region is undoubting as they seize to work hard and Microsoft has appointed new boss of the Japan division but will he be able to pull down the danger?