5 Technologies On The Verge of Extinction

We’re a fickle bunch, us Homo sapiens. We love our gadgets, picking up any new toy that drifts into our path, incredulous that we ever lived without it. Then, before too long, something else comes along. Something better, more compact, more efficient, and it renders last years toy obsolete. And with ‘dematerialization’ becoming the new buzz word, the risk posed to our current favourite devices is even greater. Let’s take a look at five technologies threatening to go the way of the 8-track and mini-disc player…

In a world dominated by increasingly accessible broadband, our relationship with cable TV providers is uneasy at best. The convergence of the two is gathering pace, and before too long we can expect to see the best of what TV currently offers, but for less money, and with less restrictions on viewing times. Cable TV: you won’t be missed.

Imagine – they said when consoles came in – never having to venture outside again to play games? The internet has made home gaming easier and more diverse than ever. Traditions like the Bingo Hall have given way to online versions of the game like Costa Bingo (click the link for their particular brand of bingo games). 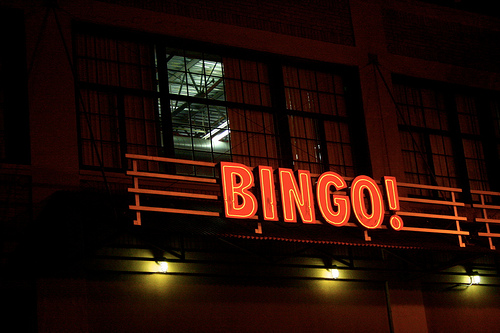 Disparagingly known in the mobile industry as POTS (plain old telephone service), the ugly wires of landline phones that tie us to one spot are set to be a thing of the past. Indeed, 25% of US households no longer have a landline connection at all. The FCC has actually been petitioned to set a date for the extinction of the humble landline, and it’s hard to see the younger generation missing it.

What?! The laptop may be a surprise entry, but the fact is they’re caught, anachronistically, between the ever-evolving, highly portable smartphone and the powerful desktop, leaving them with nowhere to go. In the future, cloud computing will take over, with the traditional desktop serving homes and offices, and smartphones fulfilling the needs of people on the move. A heavy laptop will hardly get a look in.

As data storage moves into cloud computing, the concept of storing your information locally on an injury-prone hard drive will become outmoded. Every computer user knows the pain of a hard disk crash. It’s unnecessary. The technology is making it so. The hard drive goes.