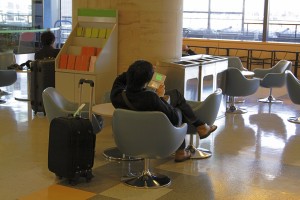 2014 has arrived to rapturous applause! Players the world over eagerly ushered in the New Year, and all the opportunities it brings along with it. One of the UK’s premier online bingo rooms – 888ladies – underwent a dramatic makeover to dovetail with the New Year celebrations. Bingo players from far and wide were polled about how to improve the user experience at 888ladies. The new-look site has been revealed and it’s a win-win for all. To show its appreciation to its loyal fans in newbie players, 888ladies is reciprocating with a fabulous promotion of its own: Make 2014 Great.

The essence of this exciting new promotion is about making this year the best one ever. It’s an ambitious undertaking – but it’s completely doable with all the enthusiasm, excitement and jubilation among 888ladies fans. Since bingo is at the heart of what players love to do, 888ladies is offering lucky players the opportunity to play free bingo for an entire year. The Free Play for 2014 promo is already reeling in the crowds as players simply cannot resist the temptation of free bingo for a year. With this promotional offer, players can choose 1 big payday or choose monthly bundles. Lots of cash can be won throughout the year with the Free Play for 2014 promotion. £1200 stands to be won on 31st January 2014 and players will be able to enjoy free bingo games throughout the year. The cards for the Free Play for 2014 game are available until 26th January for 90 ball bingo games.

Everybody has a wish or two that they would love to have fulfilled. Well, in much the same spirit as the festive season brings good cheer to everyone, 888ladies is looking to make the wishes of a lucky player come true.  An exciting promotion is being showcased on the 888ladies Facebook page. The name of the promotion is play free bingo for a year and all that’s required is for players to post a pic of their favourite prize on the Facebook page. The wish that generates the greatest number of likes will be granted. It’s that easy! Already this promotion is generating lots of interest among bingo players and friends of 888ladies. It couldn’t be easier to get 2014 off to a winning start then these two fabulous promotions being showcased in grand style by the UK’s top-tier online bingo room.