Is Internet Bingo As Exciting As Other Forms Of Online Gambling 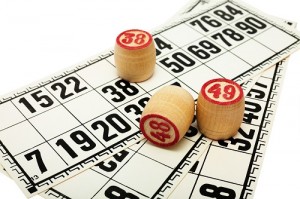 All the leading recreational and gambling games ranging from scrabble, bridge monopoly to roulette, poker, blackjack, slots machines have moved from brick-and-mortar venues they have been played for generations to the online environment in huge gaming and gambling websites, some of them run by known high street gambling chains such as Ladbrokes. Of all this gambling type games, the odd one our seem to be Internet bingo which has been successfully transferred from the bingo hall to the Internet but it is yet to shed its working class unglamorous image when compared with other online games like poker.

If for a moment you can shed the dumpy image of bingo being a game played by little old ladies in smoke filled room, you may get to grips with the game, especially the online version. It is not as dull as you think, giving the change you may even begin to see it a fast paced easy to learn online entertainment/gambling. It is said that the online version of Bingo is much more exciting that the one played in the local bingo halls, that is not all, online bingo is much cheaper as well when compared with the cost of playing other gambling games such as blackjack, roulette or poker. You also have the option to pay in a varieties of way, you can use your credit card or even pay using PayPal at one of the special sites.

Skilled online bingo players are said to have taken winning that are almost as large as the stakes at any of the more glamorous high rolling online gabling games, bingo jackpots can run into thousands of pounds.

One of the interesting facts about bingo games played on the Internet at present is that it is not as regulated as other online gaming. Bingo operators can decide what the cards look like, what the payouts are and they make the rules as to how the game is played. Because of the fact that it is extremely deregulated, the game of Internet bingo can take on many different forms, some thinks this is a good thing, others argue that it is a disaster. As the saying goes, the taste of the pudding is in the eating, if you are a bingo lover, you may want to have a flutter on the online version of bingo and see if the two fat ducks can bring you luck.