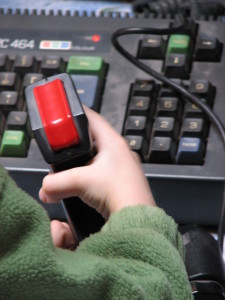 Back in the day, when I was still a little kid, I played a lot of Pong. Back then we did not have access to all the latest technologies – personal computers, gaming consoles and arcades – so we had to make do with what we had. The lot of Pong I mentioned above was built into a black-and-white TV, with two controllers attached to it. We enjoyed it a lot.

Later, when my parents bought me my first computer – a locally built Spectrum compatible piece of … well, plastic – I started programming and playing at home. I enjoyed writing code – in BASIC back then – and playing lots of games on that little computer (dumbphones have stronger hardware nowadays). I especially enjoyed slot machines, poker games and pinball. Don’t imagine nothing spectacular, though – all these games hada resolution of 256×192 pixels, in eight colors.

In the following years it was interesting to see the evolution of my favorite games. Of course, I was caught in several computer game trends during the years – I played a lot of WarCraft II and StarCraft, Doom and Quake (no RPGs, though) – but I always enjoyed a good game of blackjack, a good slot machine and most of all pinball on my computer.

As hardware evolved, so did the games – and not only the popular ones, like FPS or RTS games, but also ‘smaller’ ones, like online flash and java games. Browser games have incredibly detailed and smooth graphics nowadays, and performance we didn’t even dream of back in the 1990s, when the first online casinos have been launched.

Online casino games have only one downside for me – they can only be played in online casinos, for real money. Free casino games are just not the same – they don’t have that certain Je ne sais quoi that makes a casino slot machine a good one. I tried for a long time to make the ends meet, and I finally found the Royal Vegas Australian casino as the best solution for me. Since then I have become an online gambler – but only in my spare time, and playing only as much as I can afford.

The Royal Vegas uses software developed by Microgaming, one of the pioneers of the online gaming (iGaming) industry. Their offer is quite sizeable – it contains over 500 titles, and most of those are video slot machines, exactly my kind of games. Some are older, others are quite new, making use of the latest hardware for a great gaming experience. Among them I found some titles that have become instant favorites: the Battlestar Galactica, the Dark Knight Rises, the ThunderStruck II and more. Immersive, fun games that I can spend hours playing (and sometimes I even leave the game with winnings in my pocket).

Casino games, as well as the mainstream ones, have evolved a lot in the last two decades. They are more fun and more exciting with every new version. I can’t wait to see what the future has in store for me…