Sonic is One Popular Hedgehog 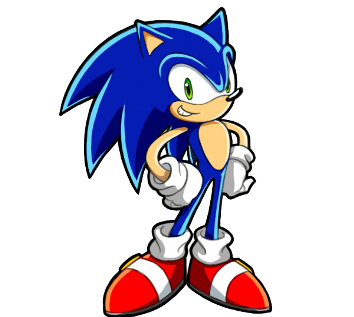 Sonic is one of the most enduring characters on the gamescape. He was created as Sega’s competition for Nintendo’s very popular Mario, and compete he has! Over 70,000,000 Sonic the Hedgehog games have been sold, and that’s not including the more than 10,000,000 downloads since Sonic took to the internet in 2006.

Sonic has some impressive abilities, most of all his speed. But, true to his hedgehog makeup, he can’t swim. He can use his speedy legs to dart short distances on the surface of the water, but deep waters are not his friend. Speaking of friends, he does have a few: Tails, Amy Rose, Knuckes and Spin Dash, to name a few. Not every friend is present in every game, but he always as a few characters in his corner.

Sonic the Hedgehog is popular even beyond the gamescape. He has made Sega proud (and brought in royalties) with animated TV shows, comic books, and even a major motion picture. Being popular in multi-media platforms has kept Sonic part of pop-culture and in demand. So popular that Sonic was the first video game character to be featured in a Rose Parade float at the world-famous Macy’s Thanksgiving Day Parade. Just one more thing on the list of Sonic’s claim to fame. From cereal boxes to backpacks, it’s safe to say that Sonic is loved and present beyond the gaming consoles.

Sega has continued to release new Sonic the Hedgehog games pretty much every year. Each game has a new twist and some unique feature  and new character that makes gamers want to add it to their collection

With the advances in online gaming Sega took advantage of a new distribution method. Many of their Sonic the Hedgehog games are available online for free. This gives Sega a great avenue to draw in new players, give fans a chance to test out new storylines, plots and characters, as well as stay in touch with other Sonic fans.

In you are interested in online Sonic the Hedgehog games, a simple web search will lead you to a host of them. Most of these games are available for free, and can be played of a phone, tablet, laptop, or computer. You can enjoy the online Sonic the Hedgehog games available on SonicG wherever and whenever you want to. The online option is also a great way to test new games before you make the purchase.