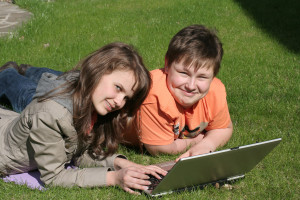 With the different stories of how a video played a role in influencing several shootings in the United States of America in recent years, one would tend to discourage their children from playing games.

But for as many disadvantages you may think of, video games also have benefits, both health and physical benefits.

Let’s look at some of these benefits;

2. Video games could help reduce the pain. Be it was emotional or physical, if you play a highly intense game, you may just forgot about the pain for a while. Video games have been used in the military to help rehabilitate some soldiers wounded in battle.

3. Video games makes you smarter. There are five ways to raise your fluid intelligence: seeking novelty, challenging yourself, thinking creatively, doing things the hard way and through networks, there are games that help raise people’s intelligence, through multitasking and focusing.

4. Gaming at work can also make a work environment more fun, Director of Test for Microsoft, Ross Smith discusses how gaming transforms the workplace. He strongly believes in the idea that active play, when designed and implemented efficiently, can have work and tasks completed properly and more efficiently.

5. Video games bring families together. If you can’t beat ’em, join ’em. Video games aren’t just for kids anymore. Ask your kids to teach you a few moves and you might find that “Family Fun Night” is every bit enjoyable

6. Gaming can be used as a marketing tool, to change the way companies brand their products. This could be used by a company who’s model relies on behavior rather than attitudes and delivers a series of interactions rather than a series of messages.

8. And of course, the gaming industry has provided lots of jobs for young individuals, who now have a good platform to show the world there talent and be duly appreciated.