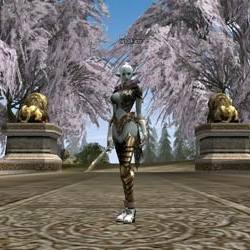 European community continues to grow with each update

Ncsoft Europe made an announcement earlier today that a new Lineage II server world is now live. The new Franz server, located in Frankfurt, Germany, is the second world designated for European players, and its launch coincides with the recent release of Chronicle 5: Oath of Blood, the latest free update to Lineage II, said to be the most ambitious yet.

The new server is part of a larger overall plan to host Lineage II worlds in Europe, which started with the recent move of the first
server dedicated for European players to Frankfurt from the U.S. The advantage of hosting servers locally is that players experience increased game performance, a better chance of building clans with same language and more convenient timings of in-game community events, all of which are rumored to be core elements to the “grindy” Lineage II experience.

As with all previous updates, Chronicle 5: Oath of Blood greatly increases the size of the virtual world and is designed to make the grinding even more rewarding. The update brings new hunting grounds, castles, clan halls, quests, items and monsters, along with a myriad of other changes, many of which requested by the community.

I find it amazing how much content has NcSoft added to the initial edifice by now; it’s the very foundation of the edifice that’s providing the chill. That’s the beauty of games however: there’s something for everyone.
Source: softpedia.com