The game of bingo has always been quite popular and many people have tried their luck at it. In the earlier days, physical tickets used to be distributed at events or family get together occasions and people played the game. The stakes were also not very high and people saw it more as a good diversion and played for the fun of it. If you happened to win some money, you felt happy but that was not the sole purpose of playing bingo.

However, modern bingo is different. Thanks to improvement in technology and many households getting computers along with internet connectivity, the game of bingo has grown really big in terms of participation and the fact that people can play the game from the comfort of their homes has led to the game really being played by many who had not even heard about it. After all, it is free to play and you only need to sign on with your name as well as email address.

So what makes the game so exciting? 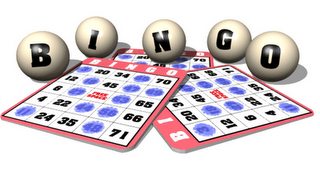 Let us first understand the game and how it is played.

The bingo ticket has twenty-seven boxes that are arranged as three rows by nine columns with each of the rows having five numbers with four blanks. Each of the columns has one or two and sometimes three numbers under them.

The game is controlled by somebody who calls out the numbers and also announces the winning tickets. The game begins by the caller indicating that he is about to start and then starts picking random numbers to call. These numbers are picked through the Random Number Generator through the electronic method or by making use of balls bearing the numbers thrown out by a mechanical machine. When these numbers are called, the participants check their individual bingo tickets to see if they have the numbers called and mark them accordingly. The technique used by each caller is different and some even add a lot of humor to the activity if the game is being played live in front of him by many people.