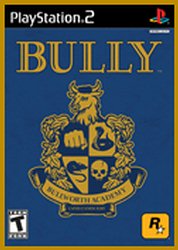 Another media controversy proves to be blown way out of proportions

The moment of truth is upon us! After a long history of social engineering and political correctness in front of the TV screen, Bully detractors now have been shut off by the epitome of official thinking in terms of media ratings for the US, namely the ESRB. Ladies and gentlemen, Rockstar’s Bully has been rated, and I don’t mean to imply it got an M+, virtually standing for a high degree of potential dangerous information, directed at hardened adults everywhere. No. Bully just received an impressive T (teen) rating, making the title suitable for any person age 13 and over.

“Finally ‘Bully’ can speak for itself,” Rockstar spokesman Rodney Walker said. “People can look at the
game and see what it is and what it’s not… We think the school environment is a universal experience that so many people relate to.”

At least, that’s what we can understand according to what’s being shown on Rockstar’s own website. Starting yesterday, a nice picture featuring the box art has been posted, with the important addition of a big T on the lower left, standing for the teen rating. Supposedly, no one outside gaming media was vocal about this decision, but controversy is sure to emerge again, since things have gotten out of hand before concerning Bully. One thing is sure though. ESRB today changed its status regarding the game, and it’s there for anyone to see, on the official website. The lack of blood and death would generally be indicative of a T.

Rather than trusting the player of a thug role, the entire point of the game is that bullies are everyone’s enemies. Within Bullsworth Academy, hitting a smaller child or an adult is forbidden, and although you may try it, consequences are implacable. The dramatic response from school security, complete with purposely boring punishments is indeed supposed to dissuade such attempts.
Source: gametab.com