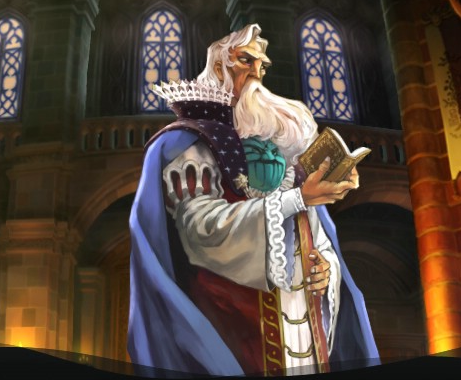 -‘…GrimGrimoire arrives right on cue to offer gamers a magical world of sorcery, strategy and a mysterious tale…’

It’s official: GrimGrimoire has been dated for Europe. Koei today announced that the co-developed title by RPG specialists, Nippon Ichi and Vanillaware, will offer a spellbinding blend of sorcery and time travel, when it lunches across Europe, on September 28th, for the PlayStation 2. The publisher has revealed a bunch of details on the game too. Here they
are below:

GrimGrimoire follows a young girl called Lillet Blan on her first few days at a prestigious yet mystical magic school, says Koei’s description for the game. Having awoken on the fifth day to find everyone at the school has mysteriously vanished, she then finds herself returned right back to the first day of the term with her memories intact. Now she has an opportunity to relive the past five days all over again and discover just what happened to the school’s inhabitants and maybe prevent this terrible tragedy from happening all over again.

But the game will only allow the most gifted young magicians to attend Wizardry schools and The Tower of the Silver Star. The latter is the most prestigious of the lot. This is where Lillet’s adventure takes place and where she will have to use all of her cunning and magical prowess to overcome the obstacles that stand between her and the savior of her entire school.

A willing army of elves and fairy units will help Lillet get to the bottom of just what happened on that fateful day, battling their way to the answers of this mystery. With enough experience Lillet has the ability to summon demons and dragons just like the ultimate sorcerer and head of the Wizardry School, Gammel Dore.

“We are very pleased to continue our commitment to bringing the very best Japanese RPGs and strategy titles to European gamers with one of 2007’s most intriguing strategic adventures. Just when people might be thinking they’ll never have a chance to visit a school of wizardry ever again GrimGrimoire arrives right on cue to offer gamers a magical world of sorcery, strategy and a mysterious tale that players will be itching to get to the bottom of.”, said Will Curley, Sales Manager for KOEI Ltd.

Remember: GrimGrimoire, co-developed by RPG specialists, Nippon Ichi and Vanillaware and published by Koei, launches across Europe on September 28, for Sony’s PS2. Until then, stay close for updates.
Source: softpedia.com