From PSP to PS3, God of War: Origins 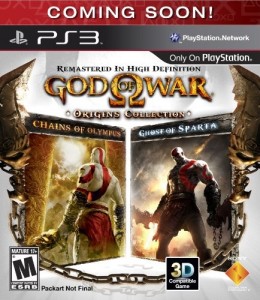 God of War series has been one of the most brutal games I have played with its barbaric, brutal and utter bad ass character Kratos, the game has stole the hearts of millions of people. Previously God of War 3 came on PS3 and it ended up with Kratos avenging Zeus. Now with the upcoming release of God of War: Origins, which chronicles Kratos journey, you will be able to experience that on PS3. It also includes both portable God of War games, modified to run in full HD in 1080p at 60 FPS. It is indeed a remarkable upgrade.

On speaking with the developers Ready at Dawn regarding the effort they put on bringing a PSP game to PS3, they acknowledged that it was not an easy task, but you can see the results.

The game been augmented four times in terms of textures and increased the polygons on all models and it was not an easy job  to make a PSP game look good on PS3 but starting with good assets helps said the Senior Programmer Jeremy Nikolai at Ready at Dawn. Not only that all the cinematics were re-rendered to the PS 3 as the using them as it is did not work.

By converting the PSP game onto the PS3 and increasing the resolution also manifested some visual problems, problems that were apparently few pixels on PSP, once augmented to 1080p on the PS 3, proved to be a bigger trouble, so the team of artists sat down and went through the whole of it and cleaned up the spots.