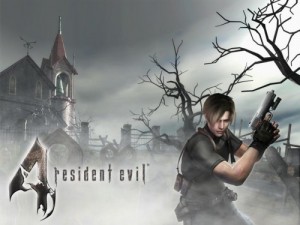 Who can forget the epic game produced by Capcom called the Resident Evil 4, the game came out on PlayStation 2 and was original released for Gamecube. Since then we have not seen a game like that although the series has had more addition. Now Capcom is planning for a remake of Resident Evil 4 and HD (High Definition) remake and it will be available for the platforms like PlayStation 3 and Xbox 360.
The story revolves around the secret service agent of US named Leon Kennedy as he meets his mission by rescuing the president’s daughter but during his mission he finds out that the villagers have been diseased with some kind of virus which is different from the previous undead zombies.
As far as the controls are concerned they are similar to what they were before, no changes in that and you will be doing all the thing such as “jump over” or “knock down” and the “push” to replace the objects  and things like that.
Same goes for the AI of the enemies, still they are smart enough to dodge your attacks, rush at you and grab you for physical assault.
The graphics has been augmented; a lot of work has been done, remodeling, texturing has been improved and so has the light effects which makes the game really a next-gen type, giving an awesome game with awesome graphics. Remastering of the master is happening as Capcom makes an HD version of Resident Evil 4. It will be an exciting experience for both the new and the all the time fans of the game.