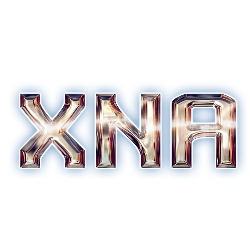 The next-gen is here for everyone

Microsoft isn’t known for its community support, but with the release of Xbox 360 and tons of developer declarations that making games for a console has never been this easy, things have changed. In the growing commercial war between Sony and Microsoft, Xbox 360 will be the definite winner if the Redmond giant will follow through its promises.

XNA Game Studio is
the technology of today’s “next-gen” games for PC and consoles. We have wondered many times how is it possible to develop such wonders or, more precisely, if we could do it. Microsoft has launched a beta version of these development tools that will make all such dreams come true, with a lot of work nonetheless.

The impact of this endeavor is so great that over 20 universities in the United States and around the world have already asked permission to implement this software in their curricula and many more will probably follow. The game industry will soon feel the full force of the blow because an avalanche of competitive games will increase significantly the competition on an already busy market.

The final version of this software will see the light of day during the holidays, just in time for the world wide shopping spree. The professional version will follow in the spring of 2007.
Source: softpedia.com