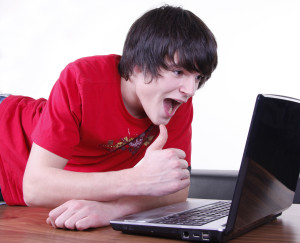 Regular exercise is a great way to stay physically fit, but some people may not realize you need to do productive activities to help your brain stay fit as well. This is where strategy-based video games come into play. Studies have shown that despite the downside of some video games due to their sometimes graphic content, your brain can benefit from playing strategic games even if it is just for a few hours a week.  Researchers that contributed to a study published in the journal Plos One say such games help the brain with agility.

Avid video gamers can reap the benefits from different types of strategy-based games available on the computer with many games like StormFall Age of War, and other similar games available online. Such games are popular because they are easy to access, available for video gamers of all ages, and they are free to play.  Sometimes they are great options when you need something to help you pass the time. Thousands of gamers enjoy such games because you have the ability to be in control of the situation or setting. You can lead an army, have magical powers, and play against other skilled players to stay competitive.  But, these elements have a significant effect on the brain, otherwise known as brain fitness.

Researchers feel video games may help the brain when it comes to learning new things.  Various elements related to playing such games were shown to have significant psychological effects on the brain.  For instance, the aspect of multi-tasking and being able to switch activities from doing one to another quickly were explored. Studies showed an increase in such abilities after study participates played a strategic video game for a few hours a day.  Another aspect the study looked into how the effects of playing video games could lead to solutions for certain mental conditions such as attention deficit hyperactivity disorder (ADHD).

Even children have been shown to have positive brain productivity with certain games. Some children with dyslexia were able to cope better and adapt to certain strategies that improved brain health.  Some children experienced better reading skills and improved reading speed upon playing strategy-based video games.  There are still concerns about violent video games and their effect on the brain. In many cases, these concerns are still being explored to better understand their potentially negative effects on different age ranges. Understanding this aspect may help people select video games more appropriate to their playing levels and interest.

The good news is there are a large number of strategy-based video games you can play on the computer free. You may be familiar with games like Sparta War of Empires or those you can play via social media. There are games you can play on your Smartphone, IPad, or other mobile device that provide similar benefits. While such games can be fun to play, you want to keep it to a minimum so you don’t lose interest too quickly.