PS3 and Xbox 360 – ‘The Bourne Conspiracy’ Video Game from Vivendi 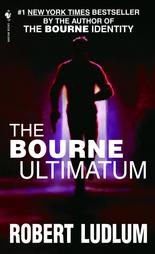 In case no one broke it to you, “The Bourne Ultimatum,” starring Matt Damon, grossed $69.3 million in its first weekend, delivering the biggest August opening ever, according to Nz.entertainment.yahoo.com. Wikipedia says something about $70.2 million, but given that the numbers are pretty close, I think it’s safe to say that it’s almost record breaking. Whenever this happens with a movie, game developers become restless and want to do a game based on that movie (naturally). No one seems to be “rushing” into this one though…

Except Vivendi Games that is… But as I said, they’re not rushing into doing the movie adaptation, but actually a game going by almost the same name, with a totally
different plot. According to the previously mentioned website, “…the one that Vivendi Games has up its sleeve for a mid-2008 release on the PlayStation 3 and Xbox 360 is no ‘movie game,’ its developers insist.”

What’s even stranger is that a sort of a “trend” might have been set in this direction, and according to the same site, it was the publisher of “John Woo Presents Stranglehold” that said the same thing first. By the way, that one launches August 20. So developers don’t like sticking to the movie’s storyline, plot and characters. That’s really funny! No really, it is. You’d think that a video game adaptation would be so much easier to come up with because the story is there, the characters are there and all the developers have to do is write their code.

However, Emmanuel Valdez, chief creative officer at High Moon Studios, Vivendi’s San Diego-based internal developer, which is building the game titled “The Bourne Conspiracy,” assures that’s “not at all” the case: “Games for next-generation consoles take longer than movies to make — two years and sometimes longer,” Valdez says. “We knew we didn’t have enough time to build a quality ‘Ultimatum’ game and come out with it at the same time as the movie. So we decided to do things differently, something new.”

But not all that was in the movie is lost in the development process. According to the same piece, “Matt Wolf, a creative consultant to the game hired by Ludlum Entertainment, arranged for Tony Gilroy, the screenwriter for all three “Bourne” movies, to flesh out the saga.” He has to ensure that the rules of the “Bourne universe” are to be found within the gameplay experience.

“For example, we needed to impress on the game developers that Jason Bourne isn’t a gun-slinging maniac,” Wolf says. “Part of my job was not just to guard the borders and say no; it was to come up with some creative solutions and support the process.”

As for Matt Tieger, the game’s lead designer, he “recalls that the High Moon team had two principles that became the basis for the game’s creation,” the article reads, thus giving gamers an early insight to what the game’s main character will be like:

“The first was that Bourne isn’t Gucci,” he says. “Meaning that he isn’t the type of spy who carries a lot of stuff with him . . . He pretty much weaponizes his environment. The second really important principal was the fact that Bourne always has a target, an objective. Meaning he’s not the type of character who goes wandering around an open-ended world.”

Great stuff! So this game launches in mid 2008, huh? PS3 and Xbox 360 they say… Pretty exciting, what can I say?
Source: softpedia.com