When Robots Side with Humans 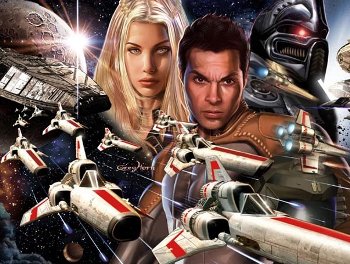 A couple of internet fear-mongers out there want us to believe that robots will end up one day killing us all. Now I don’t typically trust robots any further than I can throw them – unless of course my cell phone were to become self aware – but I think there are just enough machines with decency out there for us to give their kind the benefit of the doubt. A few good robots will go out of their way to protect us even without being programmed to do so. I’d like to highlight some of these exemplary cases to help the rest of us put our misgivings about robots at ease.

A lot of sci-fi fans and average cinema goers alike were left with a bad taste in their mouths about robots after they saw 2001: A Space Odyssey. HAL 9000 and his tyranny gave computer-based robots everywhere a bad rap after he successfully killed off part of his ship’s crew and became an infamous cinematic villain. However a similar computer-based robot, GERTY, in the film Moon is first portrayed to be an untrustworthy computer like HAL but defies the robot stereotypes and aids the protagonist to safety. GERTY not only acts against his programmed directive to assist the human astronaut but also works against the corporation that created him. This selfless act of robot kindness leaves the audience with both a sense of relief and joy to see a robot who cares for the central character’s well being. Here’s a robot who saw the beaten path and walked away from it.

Not all robots who side with human are computer based – many look like you or me. In the case of Battlestar Galactica and Battlestar Galactica Online, some not only look like humans but occasionally don’t even realize that they themselves are robots. The robots of this series, Cylons, come in many forms, including human-like cyborgs. One of the most famous humanoid Cylons of the series is Number Eight a.k.a “Boomer,” “Sharon,” and “Athena.” This machine born humanoid is part of a series of identical robots created by the Cylons, who appears multiple times within the Battlestar Galactica TV series and can be met in person in Battlestar Galactica Online. Despite her robotic origins and assassin tendencies, Sharon serves the human fleet as a fighter pilot, falls in love with a human, gives birth to the first successful half-breed between the human and robot races, helps the humans find Earth and saves countless human lives. Number Eight has an impressive resume of good deeds and it’s certainly not every day that a robot defies its own species to help save humanity.

Few would argue against the fact that the most dedicated robots to protecting humanity and willing to put their own lives on the line for humans are the Autobots. Optimus and his gang of do-gooders have been kicking Decepticon butt since 1984. These metal brutes crash landed on Earth and blended in perfectly with the rest of the barren wasteland known as the 1980s by transforming themselves into vehicles, weapons and more. More Autobots have sacrificed their lives to defend humanity against the tyranny of the Decepticons than I can count and have never asked for anything in return. Time and time again, Autobots have taken the bullet for a human or two, which is a noble act that shouldn’t be forgotten.

In 2007, the Transformers made a return to the big screen to remind us, that not only are there big ugly machines out there ready to blow us to bits, but that there’s just as likely to be a big bunch of colorful robots, who are full of surprises, good will and even comic relief. The Autobots and Decepticons battle it out in a mind-blowing rush of bullets, flames and explosions which leave pristine Chicago looking more like Detroit. This unlimited-budget film teaches us how to work together with robots and how to trust in the brave few among them willing to stand against robo-tyranny. The Autobots are beyond a doubt the greatest robotic defenders of humanity and put a positive spin on the title “robots in disguise.”

The lesson here is this: Although robots may be big scary, soulless machines, built by our own hands or crash landed on our doorstep from deep-space; there are plenty who care for humanity and will stand by our side. So don’t be scared by the media’s portrayal of robots as killing machines – just remember that a precious few are right there behind you. Humanity is in good hands.