Gamesareus Top Most Anticipated Video Games on PS4 for 2014 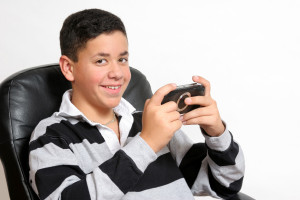 Most Anticipated Video Games on PS4

There are a number of PlayStation 4 games which are eagerly being awaited by gamers all over the world. Some of the top most anticipated games for the PS4 that are set to come out this year include:

The return of Solid Snake has long been awaited, and it seems as though Metal Gear fans will be getting a nice surprise in the near future. Konami will soon be released Ground Zeroes, which will can be downloaded on the Playstation Network. The goal of this game will be to infiltrate an enemy camp with Big Boss, a longtime favorite of this series. With Kiefer Sutherland lending his voice to the game as well as Fox’s sophisticated technology, this game should be nothing short of amazing.

Fans have been clamoring for more ever since the Battlefront multiplayer games and they are about to be blown away again with a new game that is set to be released sometime this year for the PS4. This game was first revealed to the public at E3 and anticipation from fans has been building ever since. So far there is just a brief teaser trailer of the game which doesn’t include any actual gameplay, but it still looks pretty incredible nonetheless!

The Witcher 2 was a fantastic success and part 3 is highly anticipated by fans. This new game promises some epic adventures for players as well as unbelievable graphics which are unlike anything ever seen before. In this game there will also be more quests for players to go on as well as a wide variety of armor and weapon types as well as numerous tactical battle options.

Up and coming developer Ready at Dawn has created what has become one of the most anticipated PS4 games of the year. This game is a third-person shooter and takes place in a time where humans have done battle with humanoid monsters for decades. King Arthur and the Knights of the Round Table gain the upper hand on the monsters until the industrial revolution changes things forever. Although the amount of in-game footage for The Order has been scarce, it definitely promises a unique storyline if nothing else.

Transistor, which is poised to be the second game from Supergiant Games, may look like a direct sequel to Bastion, the company’s first release, but in fact there are some striking differences. While the style of this game appears to be very close to that of Bastion, there is a weapon in this one which allows the main protagonist to stop time while deciding which course of action to take with a battle or puzzle. Transistor definitely looks promising and will challenge players to strategize rather than simply rush through.

The Witness is essentially a puzzle game but has many different aspects to it which make it a very complex and interesting proposition. The setting of this game is a deserted island that is divided into 10 different sections, all of which offer up a variety of puzzles which players must solve as they work their way towards the mountain located in the dead center of the island. While there are quite a few similarities to Myst in this game, it certainly seems like it has a style all its own and a lot to offer a whole. This game is set to be released for the Playstation 4 exclusively, but only for a limited time.

Second Son is the third game set to be released in the Infamous series, following the story of Cole McGrath, allowing players to take control of a character named Delsin Rowe, who begins to learn of his special conduit abilities after an encounter with a fellow survivor. Similar to the previous games in this series, Second Son will be an open world platformer, giving players the opportunity to jump around and glide through the Seattle landscape while fighting agents of the Department of Unified Protection. The trailer for this game looks outstanding and fans definitely have a lot to look forward to with this one.