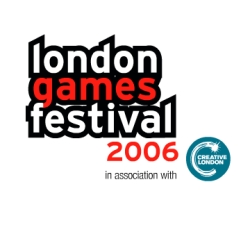 The London Games Festival, the week long cultural and business celebration of computer and video games that will take place throughout London from Monday 2nd October, has recently unveiled the panelists for the inaugural “Lizards’ Lair” pitching event. The confirmed “lizards” are Peter Molyneux, head of Lionhead Studios, Miles Jacobson, studio director at Sports Interactive and Ian Livingstone, creative director of Eidos.

Held on October 3rd, the “Lizard’s Lair” will see would-be developers pitch
their game concepts to the “lizards” for a chance to win great prizes, including one week’s work experience and possibly, the chance to see their gaming ideas come to life. The event will be held at Visit London’s headquarters and it will be presided by Paul Durrant, director of Dare to be Digital, the premier games creation competition in the UK.

The London Games Festival is the brainchild of publishers association ELSPA and independent developers association TIGA, and is created in partnership with LDA (London Development Agency) and BAFTA (British Academy of Film and Television Arts).

“London Games Festival will be an exciting week of activity that will become a focus for the International reputation of the UK. The alliance between ELSPA, TIGA, the LDA and BAFTA provides the games industry with a perfect opportunity to build substantial trade and consumer activity that will firmly establish games as the entertainment phenomenon of the 21st century,” said Roger Bennett, director general of ELSPA.
Source: softpedia.com